Blog: Will Supermarkets help save our antibiotics?

Will Supermarkets help save our antibiotics?

Kat Button, Campaign Coordinator, Alliance to Save our Antibiotics 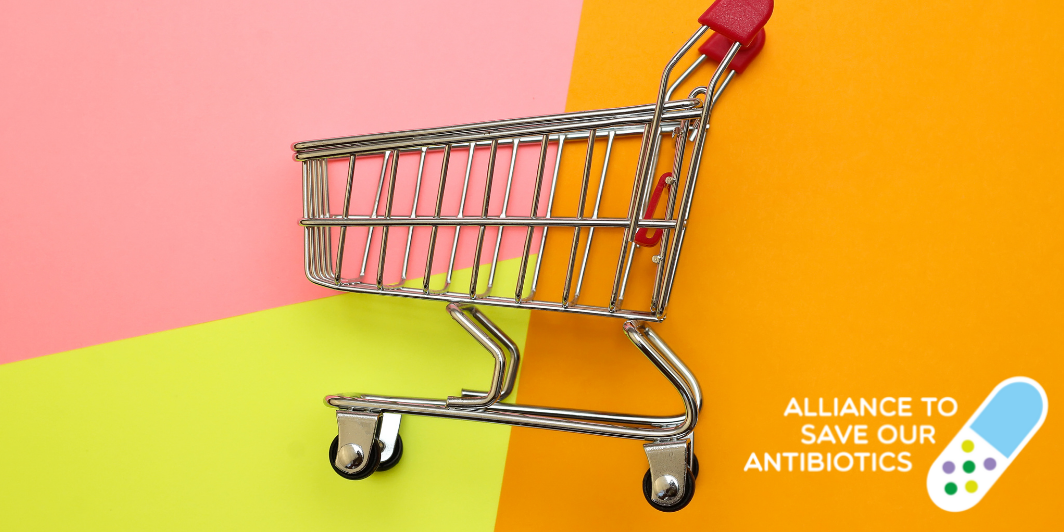 It seems that the UK Government has closed its ears to campaigners concerned about the scale of antibiotics use in farmed animals. Commitments to upgrade the UK’s Veterinary Medicines Regulations have gone silent and a promised 2021 consultation on how this legislation could be changed and improved has not materialised. Whilst the government drag their heels, we find ourselves amid an antibiotic resistance crisis so severe that by 2050 antibiotic resistant infections will kill an extra 10 million people a year worldwide. This is more than currently die from cancer. To say nothing of the intolerable animal suffering that inappropriate antibiotic use in factory farming allows.

Luckily for us, UK supermarkets ARE listening. Supermarket policies have already improved over the past few years, but they still don’t ensure all meat, dairy, and eggs they sell are grown using responsible antibiotic practices.

To make matters worse, the UK currently has NO import ban on meat and animal products treated with antibiotics to make them grow faster – a practice that has been banned on UK farms for decades. In fact, the UK has no laws AT ALL that ensure food imports meet UK standards for farmed antibiotic use or animal welfare. 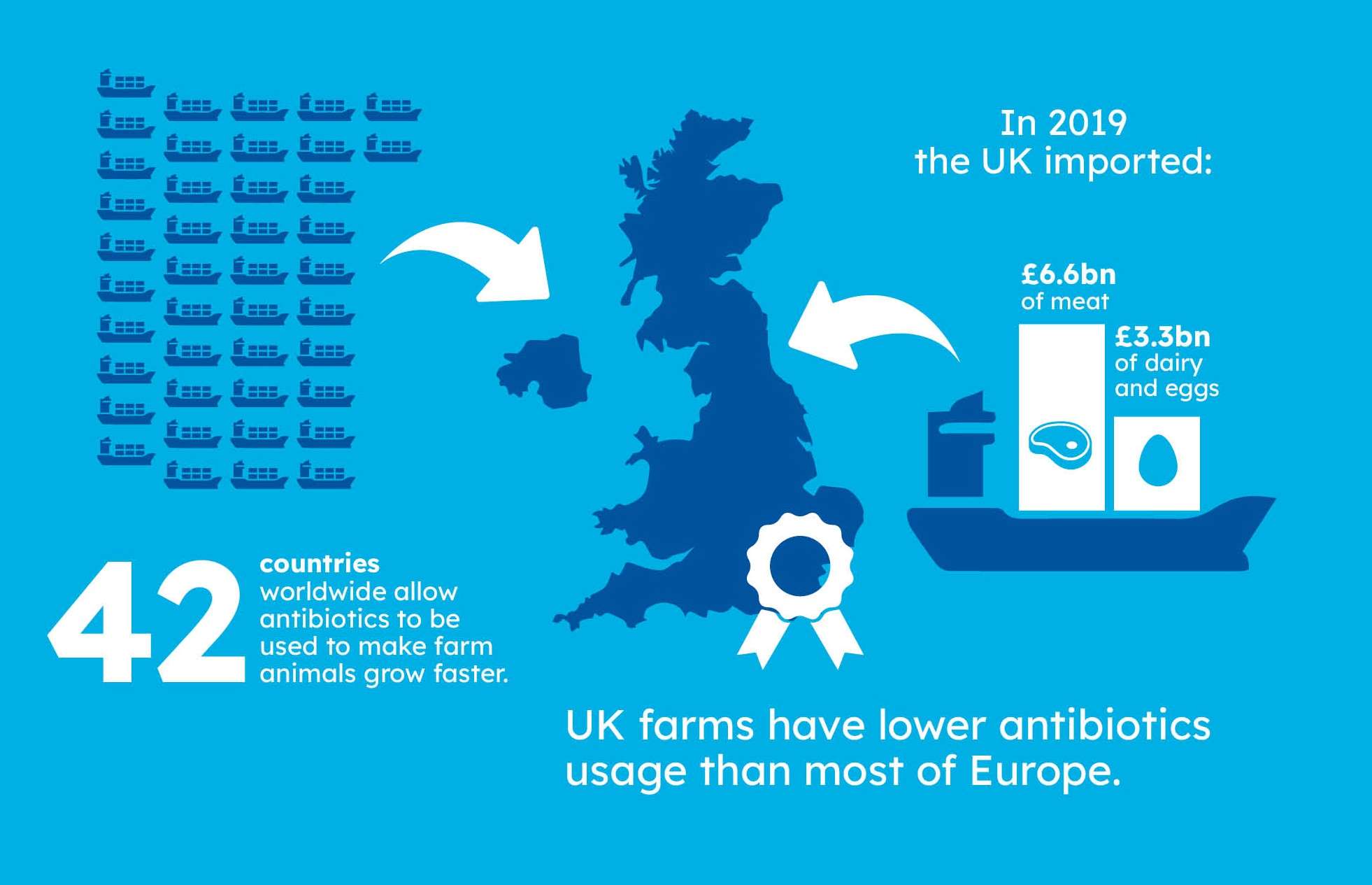 This means – if nothing changes – people could unwittingly be contributing to irresponsible antibiotic use, and the rise of antibiotic resistance, with their regular supermarket shop.

The British public has been let down by a government which has failed to keep pace with retailers and - as the EU moves ahead in January 2022 with new laws on antibiotic use on farms - risks the UK slipping behind to become the worst performing European country for farm animal antibiotic legislation.

If the UK continued to trade predominantly with Europe then this would be worrying enough, but the UK is searching further afield for new trading partners. The UK is negotiating with the US, Canada, New Zealand, and Australia – all countries that we have found to have very different and often much lower antibiotic use standards. As things stand, we are braced for the influx of cheaper animal products into the UK. We face a tsunami of meat, dairy and egg products reared with antibiotic practices well below the standards of UK farming, and illegal to produce in the EU, flooding our supermarket shelves.

But supermarkets can be a powerful force for change in this country. Ninety-two per cent of fresh meat purchases in the UK are made in supermarkets, so the decisions made about what food will be stocked on supermarket shelves has a huge impact on what meat and animal products we eat.

Supermarkets have the power to act decisively where the government has floundered. Through their antibiotic policies, that dictate what production standards they will accept from their suppliers, UK supermarkets can help curb the antibiotics resistance crisis and ensure only animal products reared using responsible antibiotic policies are sold in their stores.

The Alliance to Save Our Antibiotics is calling on UK supermarkets to make sure that no meat, dairy, and egg, in any products they sell, has been reared with irresponsible antibiotics use.

Kat Button, Campaign Coordinator, Alliance to Save Our Antibiotics