Welcome to our new interview series: Interviews with the Experts.

In this series we ask some of the leading experts in the field of antimicrobial resistance (AMR) and One Health for their take on progress, leadership and challenges.

Our eighth interviewee is Vicky Bond, Managing Director of The Humane League (THL) in the UK. Vicky's role is to lead the THL team in their mission to end the abuse of animals raised for food. 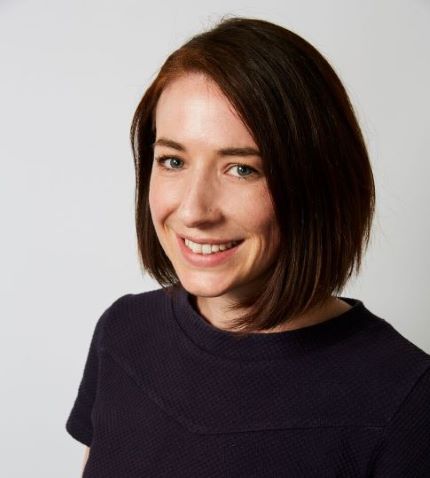 Hi Vicky, what have you been doing on AMR in the last few years?

THL is working with food businesses to improve the welfare of chickens in their supply chains. We are one of over 30 European organisations who encourage corporations to adopt the European Chicken Commitment, a policy which entails a transition to keeping higher welfare breeds in a lower stocking density.

This improvement will mitigate the use of antibiotics as the birds have a stronger immune system and are under less stress. We’ve seen this in the Netherlands with farmers who use higher welfare breeds like the JA757/787. In these instances, antibiotic use has plummeted by two thirds. There are over 1 billion chickens raised and slaughtered in the UK every year; tens of thousands of chickens are in a single shed and therefore dosed with antibiotics as a group. Reducing the percentage of birds receiving antibiotics will have a huge impact.

Do you think the public’s perception of the AMR risk has changed because of the pandemic?

I think the public probably better understands the reality that when we don’t have medicine to treat people, terrible tragedies occur. However, I am sceptical that this has resulted in a sufficient understanding of the seriousness, or the urgency, of growing AMR. People often get confused between viruses and bacteria, and given this pandemic is caused by a virus I could imagine that confusion may still linger.

Over 60% of global antibiotic use is in livestock. But to what extent do you think the overuse of antibiotics in farming contributes to the global AMR crisis?

It is widely accepted that most antibiotic resistance comes from human medicine. But we do know that irresponsible antibiotic use in agriculture does contribute to the rise in antibiotic resistance. It's hard to quantify exactly how much more resistance comes from human use than farm use - the data just isn't there. But we do know that factory farming creates the perfect conditions for bacterial and viral infections to emerge and thrive, and we also know that, globally, the majority of antibiotics are used in farmed animals rather than in treating people.

Evidence that antibiotics are overused in farmed animals continues to grow. The vast majority of animals are raised in factory farms, stuck in stressful environments with little space to move around. Their homogenised genetics makes them more susceptible to disease, which can spread quickly in the cramped surroundings. Producers don’t just limit their use of antibiotics to sick individuals but will treat an entire flock/herd when there are a handful of sick animals, or even before there are any ill animals at all.

Procedures like the castration of piglets leave the animals deeply stressed, in pain and bearing an open wound, so antibiotics are administered to limit the risk of infection. This is not the answer. We need to see production systems that are made to fit the animal rather than forcing animals to fit the system, with mutilations, low-welfare genetics and high stocking densities.

Antibiotics are currently propping up these systems, and the situation outside of Europe is more dire, where antibiotics are often used as growth promoters. The end of the crisis will only come from a strict global reduction of antibiotic use in agriculture, if it’s not too late already.

Do you think the global increase in intensive livestock farming is likely to lead to higher levels of farm antibiotic use? Would you recommend any systemic changes to the way we raise livestock in order to preserve the efficacy of antibiotics? In the UK, Europe and globally?

Yes, intensive farming is driving higher antibiotic use and putting us at risk. The use of antibiotics as growth promoters needs to stop immediately, across the globe. Governments must recognise that the overuse of antibiotics will not change until we change the systems animals are reared in. To do this we need a ban on factory farming.

Food companies can play a major role in this too. It is time for companies to stop pushing cheap meat and hiding the wider cost that producing cheap meat causes. They should sign onto the Better Chicken Commitment, end the use of cages, and stop all mutilations of animals in their supply chains.

We also need to see a massive reduction in the number of animals farmed for both meat, dairy, and eggs. We as a nation and across Europe all consume far more animal products than we need. Reducing the overall number of animals we farm will also have a significant impact on reducing the risk of AMR.

What do you think about the UK government’s, the EU’s, and the UN’s Interagency Coordination Group’s position on the issue of antibiotic misuse in farming?

I think it’s clear that the responses from all three to date have been lacking. They have shown a lack of willingness to really address the root causes of antibiotic misuse. If this continues, we will not see the significant change that needs to happen before AMR becomes so serious that we lose the use of even more vital medicines.

What do you think the most important thing is for the next year in fighting AMR?

Changing our agricultural systems to improve the welfare of animals. Without this, we won’t be able to win the fight to stop AMR.

What advice would you give to world leaders about their response to AMR?

It’s time to step up and start holding companies and producers accountable for their overuse of antibiotics. A ban on the use of growth promoters globally would be a big first step. Secondly, accurate record keeping of on-farm use, kept by every country in a national data bank, would help us identify where the problem is most intense. Finally, banning intensive farming systems is pivotal to defeating this grave threat to world health.

What can we do to help bring down the amount of antibiotics used on farms?

We need to reduce our overall consumption of meat and dairy. In doing so we will reduce the number of animals and therefore antibiotic use. This should be coupled with ensuring that any animal product that you do consume comes from higher welfare systems like organic and free-range. However, the biggest impact an individual can make is to not consume animal products at all; then you can be sure there is no need for antibiotics in the food you are eating.

Thank you for your time Vicky, and for giving us an insight into your work.